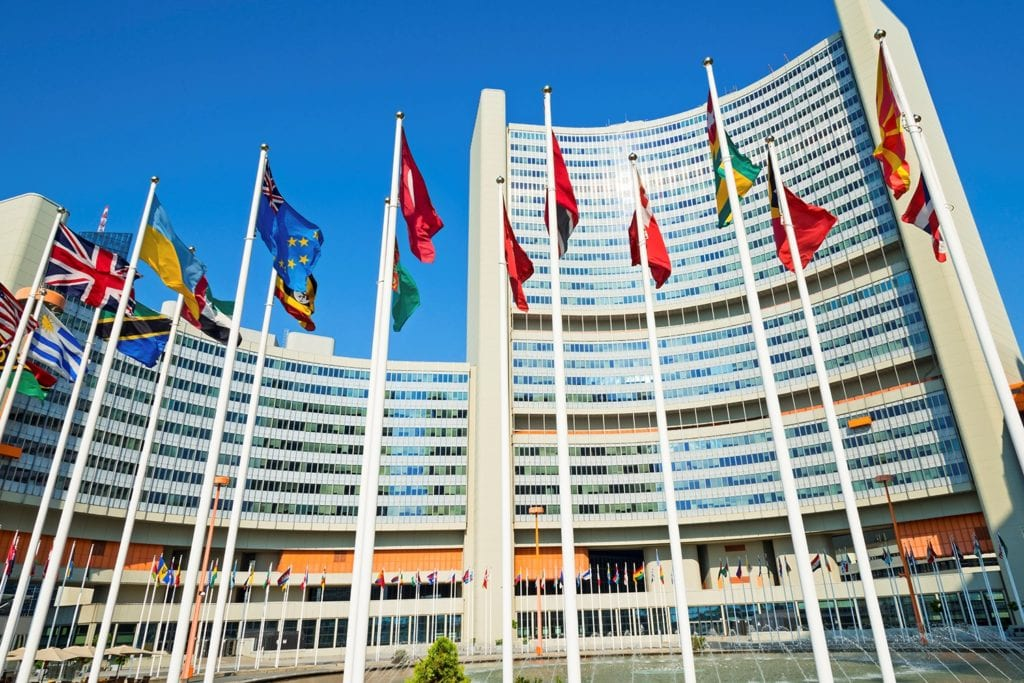 On the margins of the IAEA 65th General Conference (GC65), the National Liaison Officers with the IAEA, TC Europe Division held a meeting in Vienna on 23 September, 2021.

Following the meeting’s opening remarks by the Director of the TC Division for Europe (TCEU) Eve-Külli Kala, the participants and the delegates who followed the event via online platform, were addressed by Hua Liu, IAEA Deputy Director General and Head of the Department of Technical Cooperation, who presented them with the latest IAEA initiatives. He took the opportunity to point out that over a year now the IAEA TC programme had been delivered in the midst of COVID-19 circumstances, which meant that a number of events had been organized as virtual events, and that the project plans had been reviewed in order to suit such circumstances. Liu stressed that 24 countries in Division for Europe had received the IAEA’s help and support, mostly in the form of the equipment and materials for reverse transcription polymerase chain reaction (RT-PCR) testing.

Hua Liu also reflected on the implementation of the ZODIAC project and stressed that, so far, 143 Member States had appointed their National Liaison Officers for ZODIAC, 114 of which had designated the appropriate national laboratories for this purpose.

As a reminder, last year IAEA Director General Rafael Mariano Grossi launched the initiative to strengthen global readiness to respond to future pandemics such as COVID-19 through the Zoonotic Disease Integrated Action (ZODIAC)  which leans on the IAEA experience in providing support and assistance to the preparedness and capabilities of the Member States in the use of nuclear and nuclear-derived techniques to rapidly detect and timely respond to pathogens causing transboundary diseases in animals, including those that can be transmitted from animals to people.

Liu also remarked on the new initiative by IAEA Director General on the use of nuclear and nuclear-derived technologies in combating plastic pollution – NUTEC Plastics – and reminded everyone that on 07 October this year there will be a round table on this topic for Europe and Central Asia Region.

In his address Hua Liu reflected on the TC programme for the Europe region (TCEU) for cycle 2022-2023 which includes 78 new national and 15 new regional project proposals, and also congratulated TCEU on successful optimization of the programme itself.

Towards the end of the meeting, Director of Programme of Action for Cancer Therapy (PACT), Lisa Stevens spoke on the issue of strengthening the control of cancer in Europe and Central Asia. She emphasized that there are still sharp differences between the countries worldwide on the availability of cancer treatment, and gave estimates on more than 5,600 radiotherapy devices lacking in low- and middle-income countries.

Lisa Stevens presented the participants with various modalities of assistance that PACT offers to the Member States and encouraged the representatives of regional countries to, by all means, take the advantage of this programme and seek help.