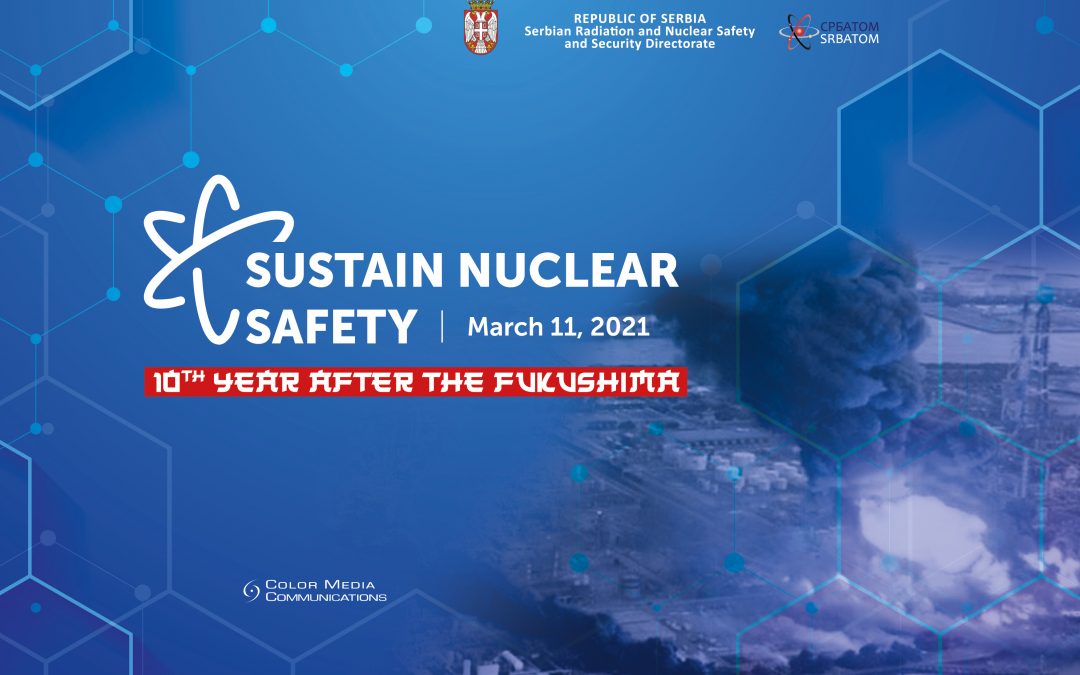 The Serbian Radiation and Nuclear Safety and Security Directorate (SRBATOM) will hold an online conference on March 11th starting at 10.00 AM on the occasion of the 10th anniversary of the Fukushima nuclear accident, titled “Sustain Nuclear Safety: Fukushima – 10 Years After”.

His Excellency, Mr Takahiko Katsumata, the Ambassador of Japan to Serbia, and Mr Sladjan Velinov, SRBATOM’s Director will open the conference.

The conference will be dedicated to the accident in Fukushima Deichii nuclear power plant, mitigating its consequences, decommissioning activities at the power plant, rehabilitation and remediation of its site, as well as the reactions in Serbia following Fukushima Daiichi accident.

The Fukushima Daiichi nuclear accident came as as a consequence of a devastating earthquake and tsunami that struck the eastern coast of Japan on 11 March 2011. 2011. More than 18500 people died during the earthquake and tsunami. However, no one has been registered as a victim of radiation exposure within the power plant.

The nuclear power plant is located 200 km away from Tokyo, and tens of thousands of people were evacuated from Fukushima Prefecture, while many more left due to fear of radiation.

After the Chernobyl disaster, the Fuksuhima accident is considered to be the gravest disaster involving the peaceful use of nuclear energy.

To follow the conference, you can register on the following link.