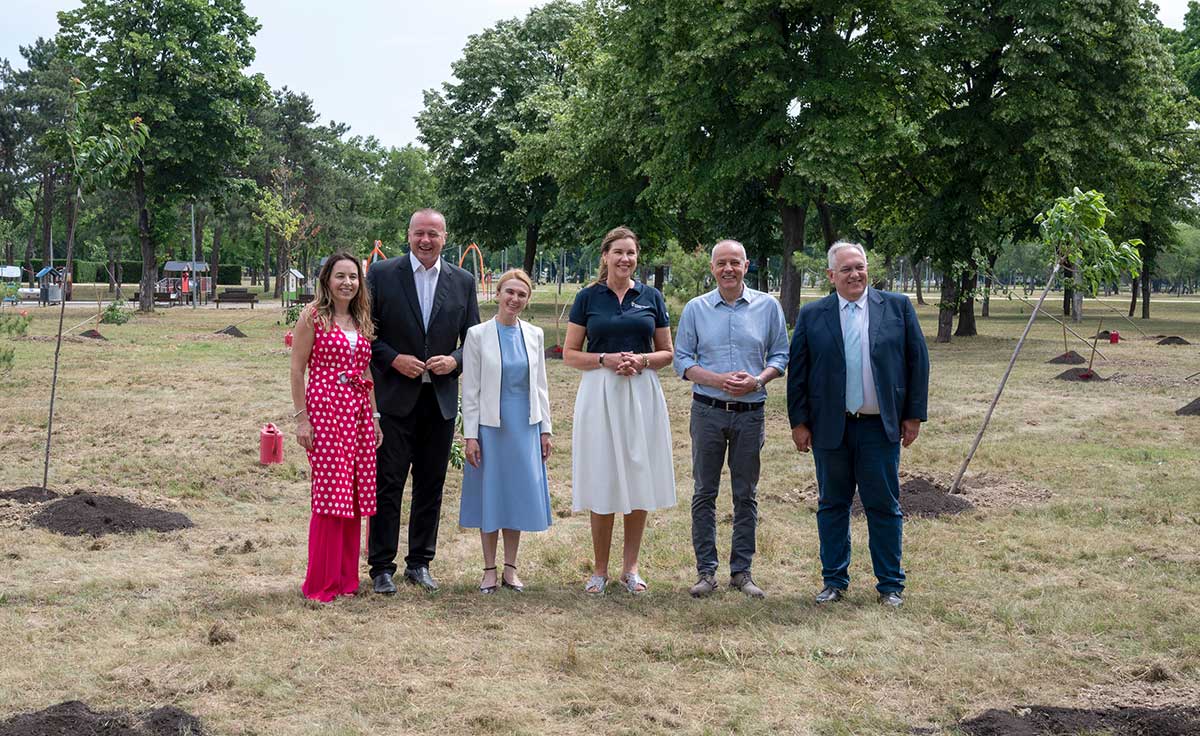 The Director of Serbian Radiation and Nuclear Safety and Security Directorate (SRBATOM), Mr Sladjan Velinov, together with the Mayor of Belgrade Mr Zoran Radojicic and H.E. Ms Annika Ben David, the Ambassador of the Kingdom of Sweden to Serbia, took part in planting trees in the Municipality of Novi Beograd, and thus continued the activities in the landscaping project of “Zelena Srbija”.

On the occasion, the seedlings of linden tree, Japanese cherry tree and Indian bean tree were planted near the children’s playground in Usce Park, which was also the opportunity to mark 6 June as the National Day of the Kingdom of Sweden and underline this year’s theme: greener society – sustainable way of life.

This is the third year consecutively that Serbian Radiation and Nuclear Safety and Security Directorate (SRBATOM), through the project of “Zelena Srbija”, has been participating in raising the awareness of the citizens, local self-governments and companies of the importance of landscaping and reforestation of our country. On average, this project results in landscaping a dozen of public places every year, and the municipality of Novi Beograd is the 22nd municipality where this action has been realized so far.