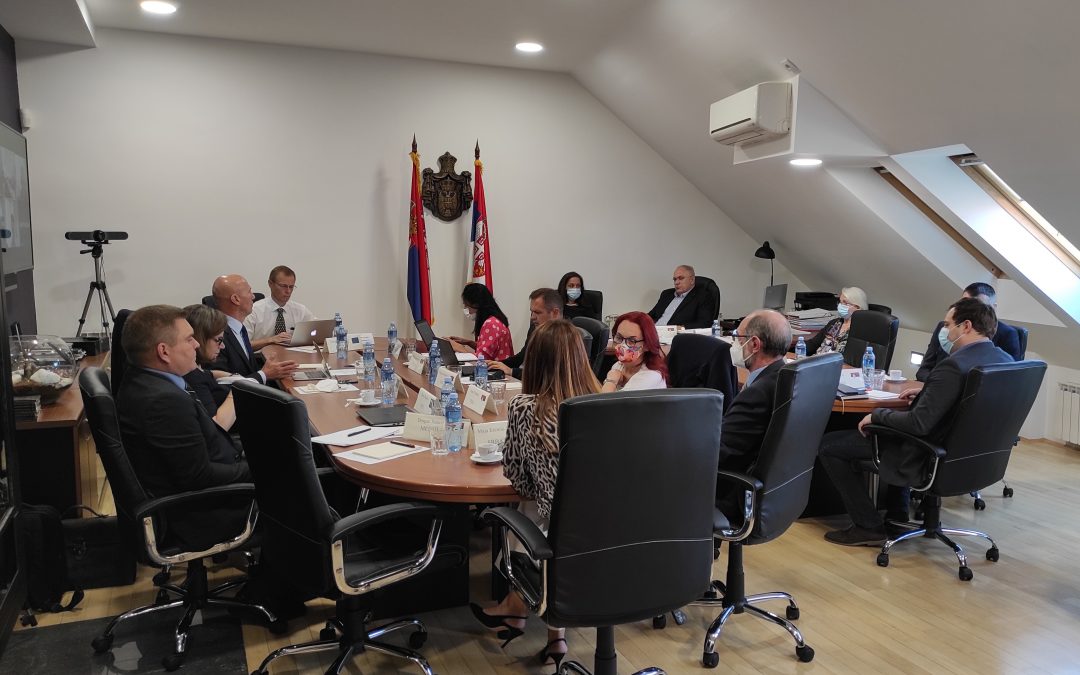 Today’s meeting in Serbian Radiation and Nuclear Safety and Security Directorate (SRBATOM) officially indicated the implementation of the international project “Support to Regulatory Authority and the Vinca Site”. The aim of this three-year project is to strengthen the capacities of  Serbia in the fields of nuclear and radiation safety and safe radioactive waste management. The project is to be carried out by three institutions of the Republic of Serbia: Serbian Radiation and Nuclear Safety and Security Directorate, Public Company Nuclear Facilities of Serbia and Vinča Institute of Nuclear Sciences.

The project objectives are to be achieved through the implementation of five project tasks: Development of a decommissioning plan for the liquid RAW waste stored at the Vinča site; Removal, conditioning and safe and secure storage of sealed and unsealed Radium sources from the “Radium bunker”; Development and installation of the radiation exposures registry for occupationally exposed persons (radiation workers); Review of draft regulations; and Removal, classification, conditioning and safe and secure storage of nuclear materials and part of RAW from the Materials Science Laboratory at the Vinča Institute of Nuclear Sciences.

As a reminder, in June 2021, Serbian Radiation and Nuclear Safety and Security Directorate hosted the initial technical meeting to discuss all the issues relevant for the successful implementation of the project.